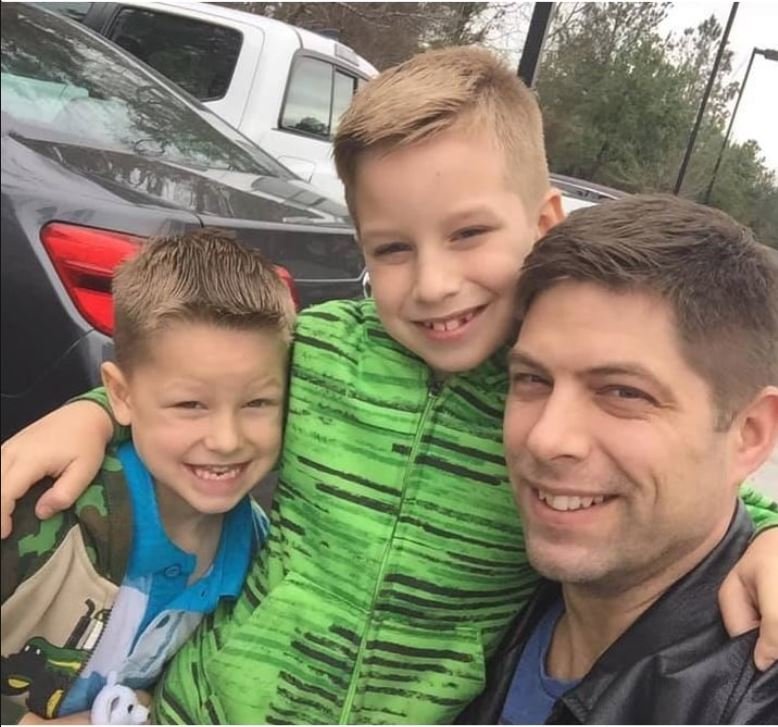 On Thursday, September 26, 2019 (not 1719) in Montgomery County Texas, the honorable Patricia McDonald shackled my friend, Josh Jaros for “failure to appear”, which is odd as the case, according to Mike Clifton(who was in the court room), was due to inability to pay child support.

The reason Josh Jaros, father of two was put into arm and leg irons, you ask? Because he is unable to pay the exorbitant child support that the courts receive Title IV-D funds for when they issue child support orders. Jeff Morgan sums up the issue:

If Judge Patricia McDonald’s name sounds familiar, she is the SAME JUDGE that issued the judgement in August 2019 for $73k to be paid by the man who was duped by a woman that is currently being charged for bigamy. I wish I could make this up.

I know it sounds CRAZY that in today’s day and age that a person would be jailed for owing a debt….but it happens EVERY single day across this “free” country. Another curious thing, if you read WHY josh was incarcerated, it says that it was failure to appear? That is a lie, he was there. In fact, Mike Clifton said that when Josh was offering his defense, two baliffs with hand and leg irons walked out at the wrong time, then realized their error. It seems like the decision to incarcerate Josh was made long before he even got there…or “failed to appear-civil” as the official booking reason says.

Here is the man that needed to be incarcerated for failure to pay child support:

This is the plea/update from Josh the day he was sentenced:

Don’t know about you, but I am glad Judge McDonald got this horrible man off the streets. Look at the fear in those little kids eyes. And for the haters, that is called sarcasm (and here comes some more).

There apparently is a checkbox that Judge McDonald had to select that says “in the best interest of the children”. So, removing a dad that has been there (remember, he is the dad that worked with House Rep Steve Toth, Senator Brandon Creighton, and House Rep Harold Dutton Jr. this year to pass the “lunch bill”. Hell, a few weeks ago, Rep Dutton and Josh (and Josh’s kids) all posed for a picture together where Josh thanks him for his efforts to move the lunch bill forward. 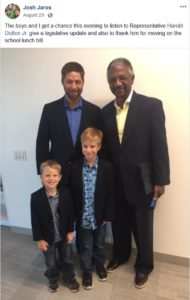 There are deadbeat parents out there….Josh is NOT one of them and should not be sitting in jail not able to see his kids for SIX months (do you honestly believe his ex wife will do whats in the best interest of the kids…well, she could have forgiven the debt or worked with Josh, see how that worked out) . Thanks to a host of people, Josh’s kids will grow up instead of looking at their father as a good man, that he is simply a felon. And when Josh gets out of prison in 6 months, he will not longer have a home, car, clothes, etc. BUT, he will still have the original debt PLUS 6 months of accrued child support and as an added bonus, he will be considered a felon (which makes getting a job so much easier)…and now, he will be in the cycle of going back to jail every few months for owing money.

Today, David Bellow made a public facebook announcement confirming 1) Josh was incarcerated for past due child support that he was UNABLE to pay and 2) judge McDonald REFUSED his request for an attorney!!!

Josh and I have another friend in common, Ryan S Kelley Jr. A few weeks ago, faced with going to jail for being behind on child support blew his brains out and left three kids behind. If this happens to Josh (and we ALL have our breaking point), who shall we blame?